Baba Venga of Bulgaria made many prophecies to the world years ago, including India. According to Baba Venga, a drought-like situation may occur in India in the year 2022. Now this year, less than 3 months are left for this prediction of Baba Venga to come true. Let it be known that Baba Venga made many predictions for this year, out of which 2 have come true so far.

Baba Venga predicted famine in the year 2022. According to the forecast, in the year 2022, the temperature will decrease all over the world and its impact will be seen in India as well. Locust outbreaks will increase after the temperature drops and swarms of locusts will cause heavy crop damage in India. Due to which a situation like drought can be created in the country and the situation of starvation can be created. 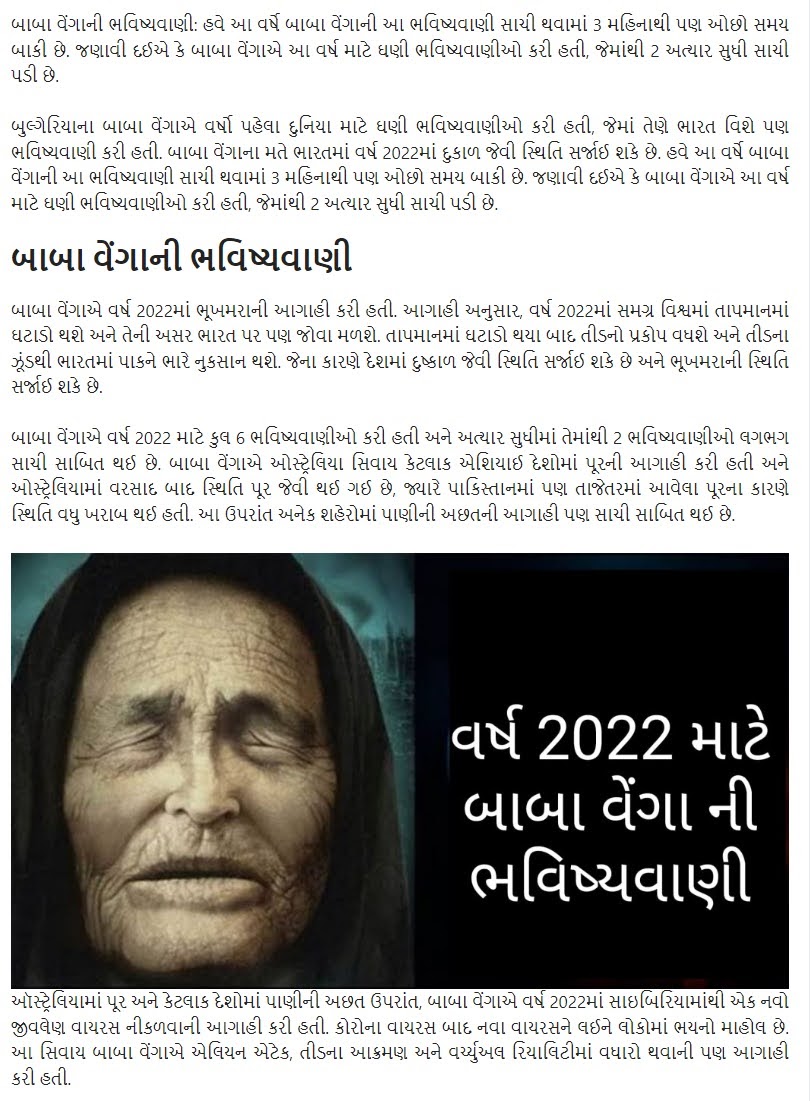 Baba Venga made a total of 6 predictions for the year 2022 and so far 2 of them have been almost proved true. Baba Venga predicted floods in some Asian countries except Australia and the situation in Australia has become flood-like after the rains, while the recent floods in Pakistan have also worsened the situation. Apart from this, the prediction of water scarcity in many cities has also proved correct.

In addition to floods in Australia and water shortages in some countries, Baba Venga predicted a new deadly virus to emerge from Siberia in the year 2022. After corona virus, there is a fear among people regarding the new virus. Apart from this, Baba Venga also predicted alien attacks, locust invasions and the rise of virtual reality.